Cultural Differences should feel like an opportunity, not an obstacle 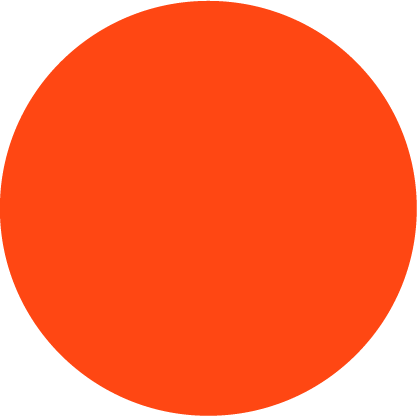 Progressive leaders know that they need to be able to thrive in a multicultural and diverse context but they often don’t know how. Linking People tailored programmes develop you and your people so you can work effectively across cultures. As a result, performance sky-rockets and your organisation thrives.

Intercultural Competence is Essential for 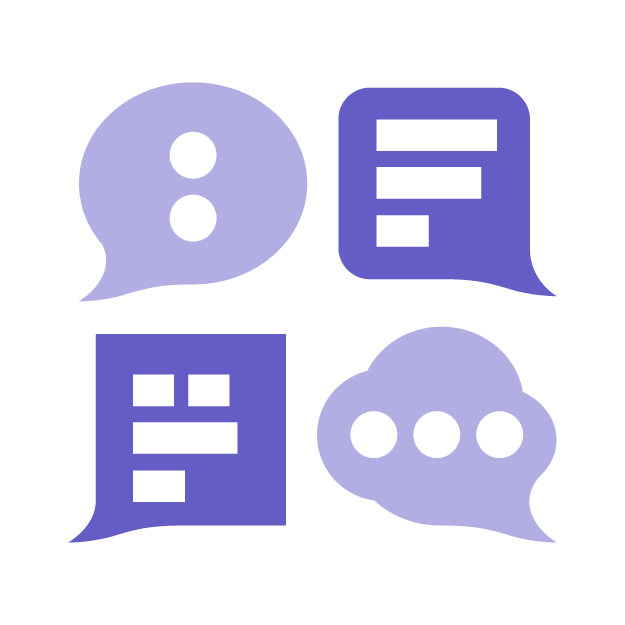 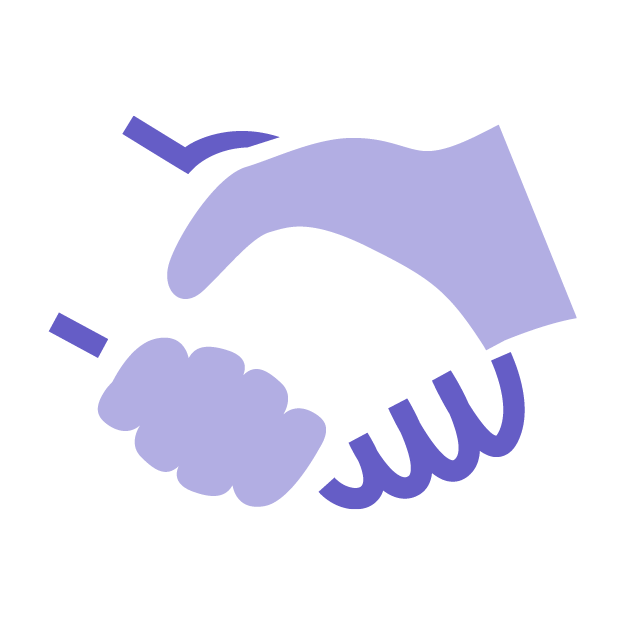 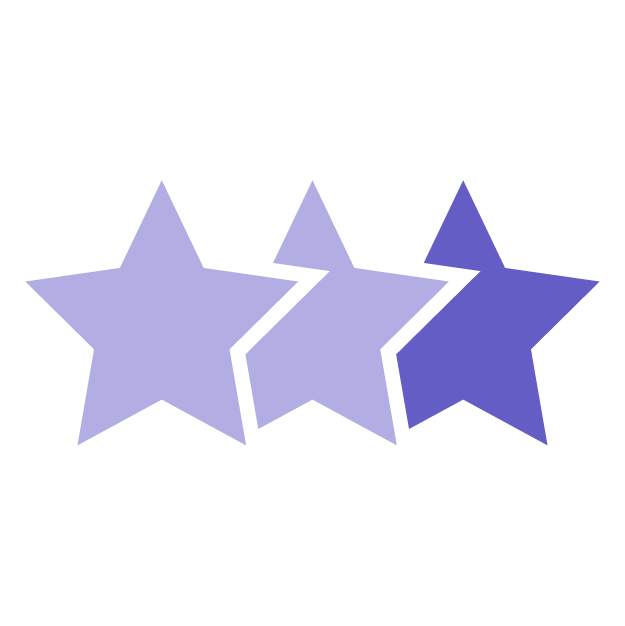 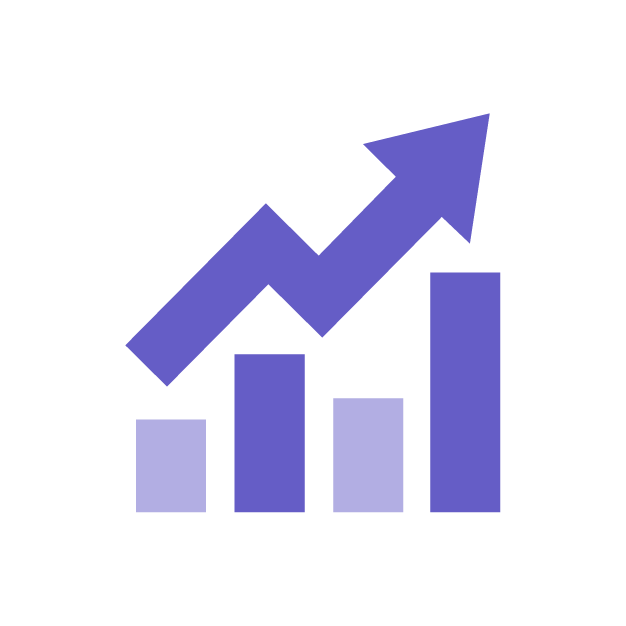 “To work effectively across cultural boundaries you don’t just need more information. You need intercultural competence so that you can use your knowledge to take useful action.”

Using the Linking People Framework, holistic coaching methods and proven assessment techniques, I work with you and your people to facilitate continuous growth in intercultural competence. The result is that the outcome is optimised for each person and their performance thrives.

Linking People Mastermind Groups are for those who wish to deepen their intercultural skillset and to apply their knowledge. Peer-to-peer problem-solving builds momentum through collaboration. By engaging with and learning from like-minded people, you will learn how to strengthen your intercultural competence to maximise opportunities and results.

The Linking People suite of online programmes are suitable for groups and individuals. These programmes are powerful stand-alone training tools and can also be used to enhance in-person coaching and workshops. They address various facets what it needs to thrive across cultures and to strengthen your personal skills. 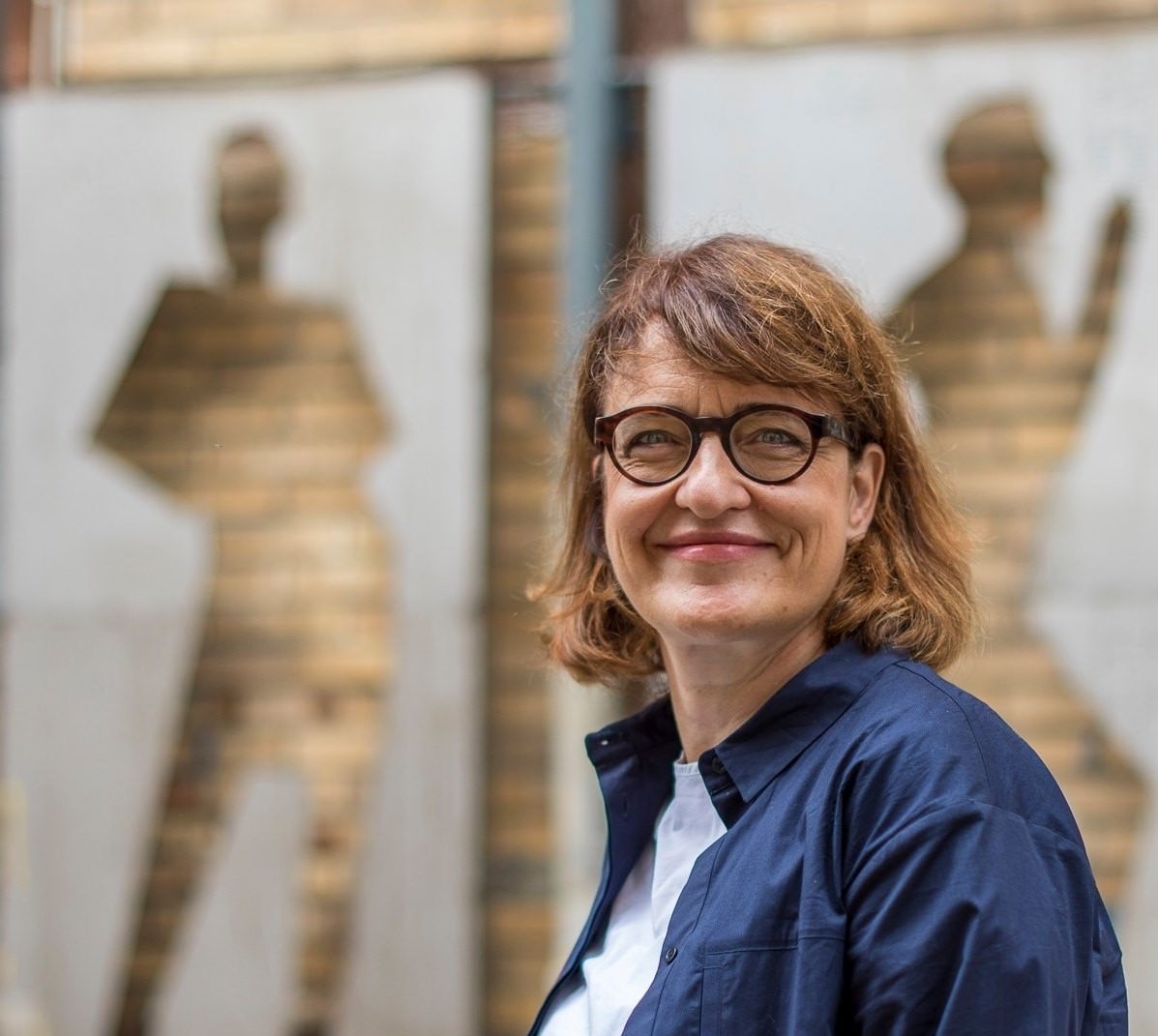 I know what it feels like to be stuck and not able to communicate effectively in a multicultural context.

If you’re like many professionals and leaders that I work with, you know you need to develop a true understanding of people who are culturally different to you. In short, you need great intercultural competence but you’re not sure what that looks like. You’ve likelywondered if there was a solution that would help you and your people to perform cross-culturally at their peak. I know you want to be a confident and progressive leader, and it’s wrong that optimising intercultural competence in your organisation feels like a problem. It should be a positive growth experience for your people that opens the door to greater opportunities.

I understand that leveraging cultural diversity can seem complex and just too difficult. For the past 20 years, I have helped 100’s of professionals and leaders to overcome cultural differences and apply the power of intercultural intelligence across their organisation.

As a young girl, I simply didn’t understand why certain people were treated differently. An open and curious nature led me to approach everyone with authenticity. My interest in people led me to pursue advanced studies in law, communications, psychosynthesis and intercultural competence, during which time I worked in senior roles in training, consultancy and communications for many blue chip companies.

I became compelled to solve the problem of ineffective intercultural communication one day as I  sat in a negotiation meeting between two Polish people and three Swiss  people. There was something wrong – communication was stuck and I realised: ‘they think they are negotiating’. In that moment I knew that the huge potential of an authentically diverse world was untapped and unused. A crucial link was missing: intercultural competence.

I developed the Linking People approach over 10 years to help leaders and professionals to thrive across cultures.By leveraging an actionable framework, my programs facilitate continuous growth in each individual. The result is that cultural differences become an opportunity, not an obstacle.

Through programs that are both holistic and experience-based, I work with teams and individuals to develop intercultural competence and harmonise cultural differences. 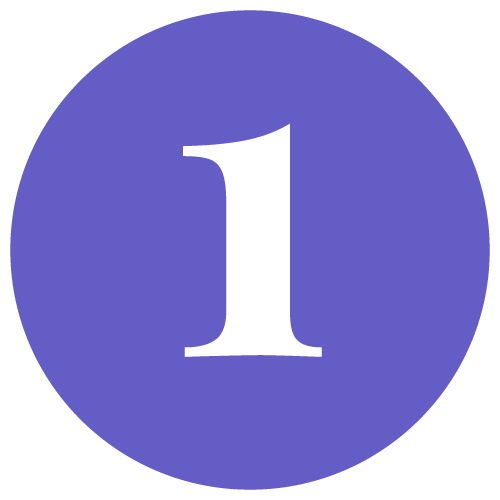 Schedule a complimentary consultation with me. We’ll determine where you are, where you need to be and how to get you there. 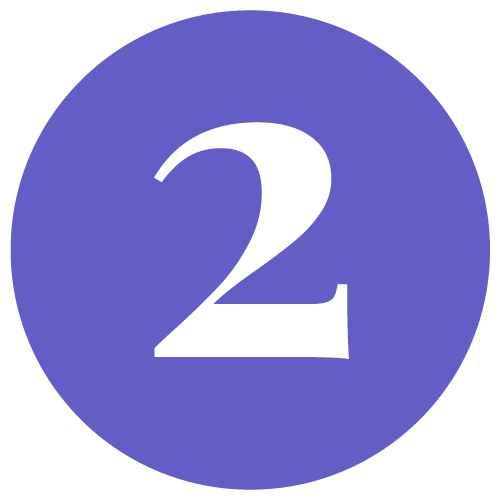 There’s no one-size-fits-all solution. Every journey to intercultural competence is unique. I’ll develop a program that will work for you. 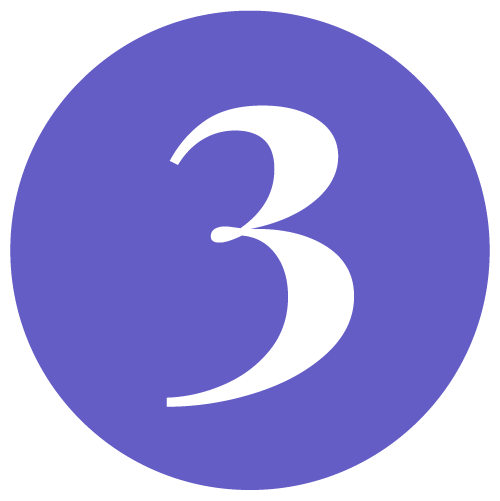 We will work together to optimise intercultural competence in you and your employees so that performance sky-rockets.

What is Intercultural Competence?

Many leaders struggle to understand exactly what great intercultural competence should look like.

I asked a business owner this question recently and she replied: “Accepting others as they are.” An interesting answer, but only the tip of the iceberg. What do we need beyond acceptance to use the immense potential of this diverse world? 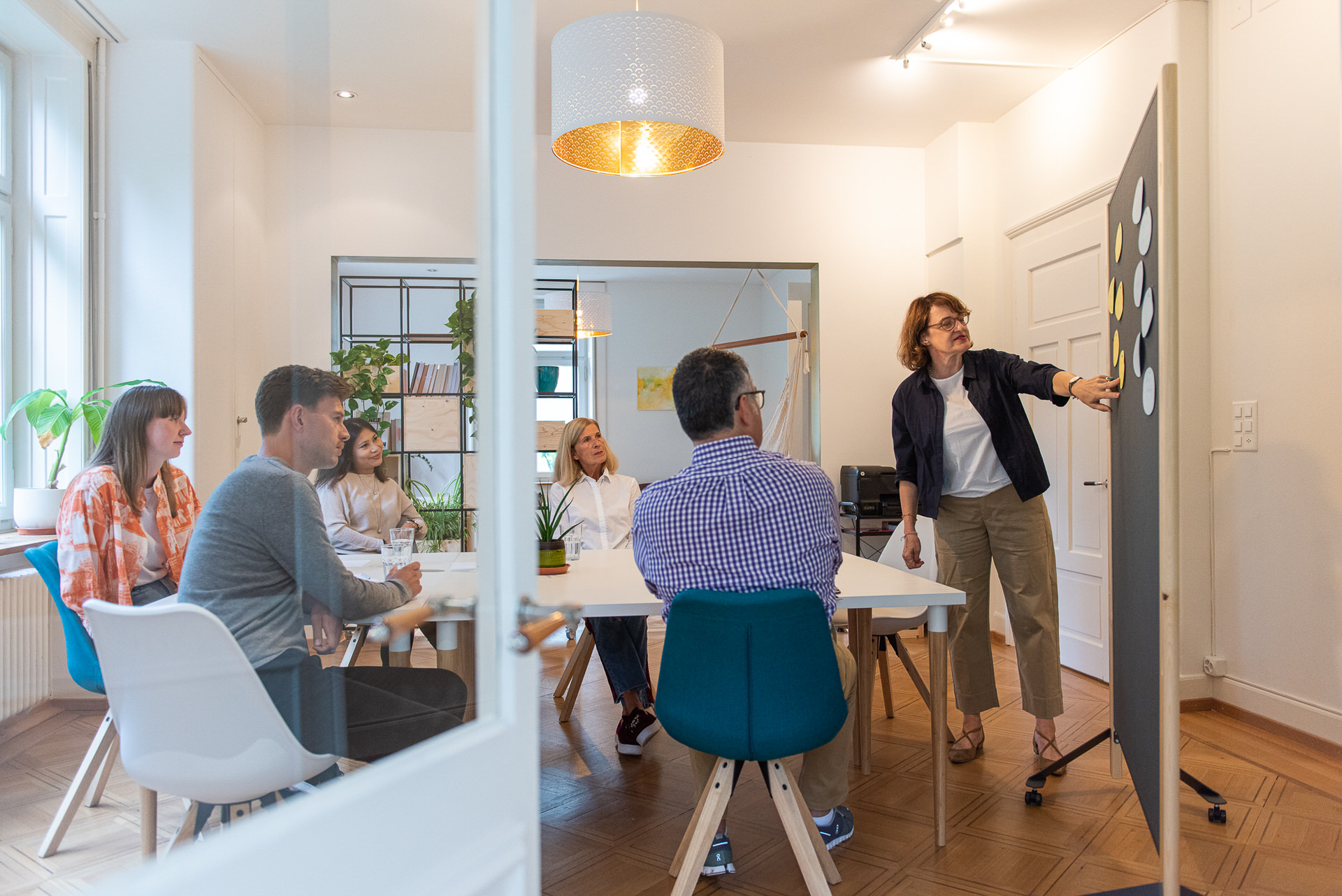 By leveraging an actionable framework, I facilitate continuous personal growth in each individual. The result is that cultural differences become an asset to performance and the organization thrives. 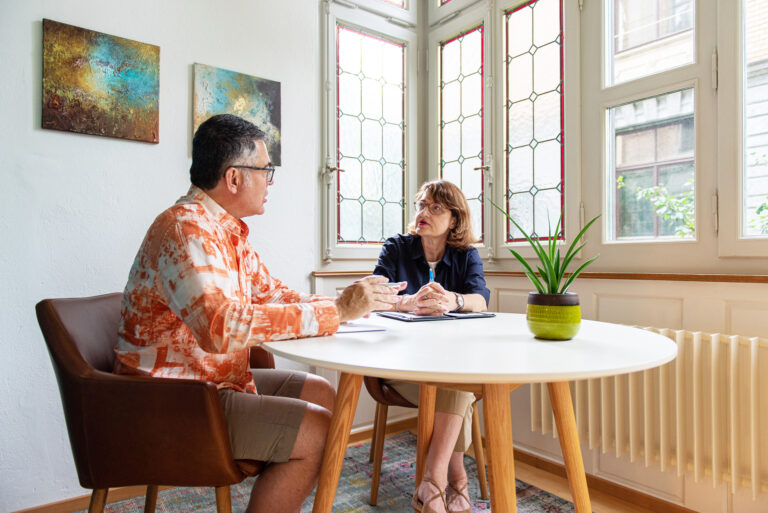 I meet each individual where they stand right now. The Linking People Approach is both holistic and experiential so that you and your people learn to be more effective in a diverse world and produce stronger results.

Thrive across cultures using these 6 tips for progressice leaders.

"I knew I had an intercultural challenge, but I couldn't solve it and felt helpless. I was stumbling, failing to cooperate effectively with my Japanese board members, even though I know Japanese culture quite well. Christa empowered me to apply existing cross-cultural models and methods myself to develop my own solutions. It was empowering. I’m now better able to deal with intercultural challenges. She doesn’t allow shortcuts; her methodology is all about finding sustainable solutions. Christa’s passion for her topic motivated me. Her love and deep knowledge of intercultural competence comes across in everything she does, and that’s inspiring.” 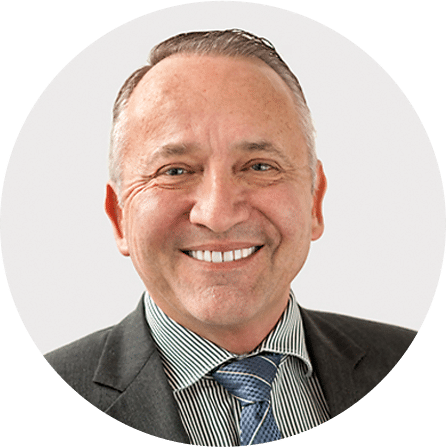 Dr. Hans KünzleEntrepreneur
"Christa stayed fully engaged in the problem-solving issues we were seeing with our program. She infused interpersonal and cultural lessons into our program experiences which resulted in successes on all levels. Christa is smart, insightful and engages all parties with ease, confidence and a sense of humor. 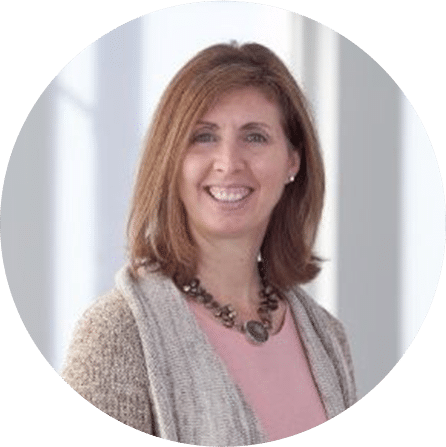 Renee GrahamAssistant Director, Short-Term Programs, Babson College/Boston
"I have known Christa Uehlinger for many years from her effective consulting work and as a valued lecturer colleague. Christa has the gift of being able to move into situations without bias and to draw from the moment. She has a strong intuition and fine sensitivity for people. She applies her vast knowledge of intercultural communication in a practical way. Her clients and students benefit from her many years of international experience through her positions in companies, as a consultant, lecturer, speaker and from the countless multicultural encounters on her journeys of discovery. She picks people up where they are without prejudice. She thinks creatively, gets involved out-of-the-box, and coaches executive in an effective and empathetic way." 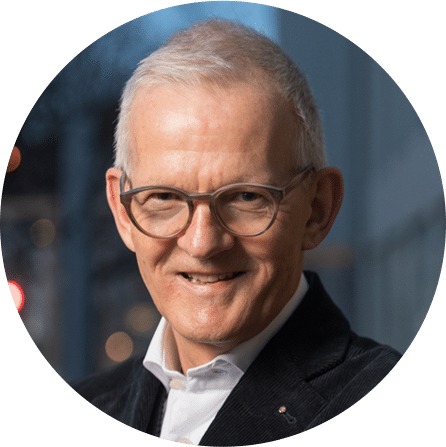 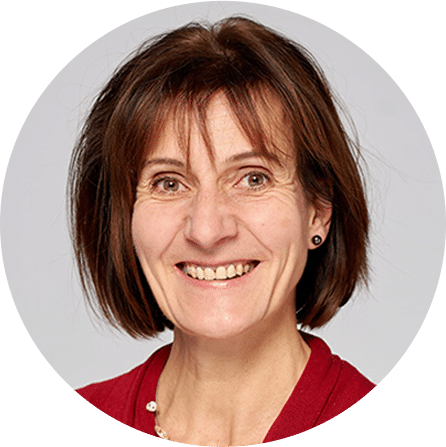 A Swiss businessman was appointed as a board member to the executive board of an international operating Japanese company. He said: “I don’t understand what they are doing and how they do business”. However, he realized would he understand he could be more successful. By one-to-one coaching, reflecting on his own culture, learning about Japanese culture and analyzing cultural situations he was in, he turned into a bridge person between Japanese and Swiss leading to using the potential of cultural differences and ending in better results.
A multicultural team consisting of three Americans and three Swiss perceived each other’s working approaches as being inefficient. Suddenly, cooperation was blocked. The Americans said their Swiss colleagues were planning in too much detail and too long term. That was inefficient, they said, because they never knew what was coming. The Swiss thought their American team members did not stick to anything and kept changing everything. In their eyes, that was "inefficient”. In a team coaching they were asked to look beyond their perception “inefficient”, thus recognizing and accepting different working styles and the underlying values driving their behavior. As a result, they started to reflect on such situations together, used the potential of culture and became more productive and successful.
A professor marked exams of his class among it some Asian students. He was annoyed that the Asian students answered in one or two sentences only and said: “They just don’t understand.” Thanks to an intercultural training he started to understand the difference between a Western and an Asian thinking and communication style. He realized that even in few words there was a complex answer hidden. As a result, he was more sensitive to cultural differences in his class and more of his students passed his exam.
A nurse born in South Italy always takes her time to talk to patients in a Swiss hospital and to listen to them carefully. She even shares personal information with them. They know she’s getting married soon. The patients are very fond of her, underlying that Liliane has time for them. Other nurses and especially the head nurse is getting impatient with Liliane as in their perception, Liliane is wasting time and not sticking to the daily plan. An intercultural team coaching reveals the cultural differences, but also made them aware on how to use them for a smooth and more successful service to their patient. As a result, Liliane could take time to talk to the patients within an agreed framework. Everybody was happy.
A Norwegian sales manager has sent a quotation to his Russian partners and expects to receive a response within a short time. But nothing happens. Thus, he believes that the order is lost. But three weeks later, he receives the contract. The sales manager realizes that cultural differences could play a role. He wants to know more. Through one-on-one coaching, he begins to become more aware of his own culture, to see cultural differences as an opportunity, and to deal with them proactively. For example, he realizes that he is used to getting a response to an offer within a short time. If not, he interprets it as no interest. Thanks to the coaching, he now knows, among other things, that time horizons sometimes differ greatly from culture to culture. He becomes more patient and works more successfully across cultures.
A medium-sized company is operating worldwide. Every now and then, misunderstandings occur with customers and suppliers, which sometimes also end up having financial consequences. Sometimes the employees concerned cannot understand what exactly happened. The CEO recognizes that different cultural imprints re at stake, too. He considers that if his employees are interculturally competent, they will be better able to deal with customers and suppliers from different markets and the company will have a competitive advantage. So he decides to invest in his employees and train them interculturally. As a result, employees work more effectively across cultures, misunderstandings decrease, and results improve.
Voriger
Nächster